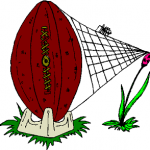 The NFL lockout is threatening more than just 2011 season games, it is also threatening player’s health. That is the gist of an article titled, “Expect injury totals to rise following lockout.” It is an interesting premise, but the article has a few salacious and sensationalistic quotes.

Let’s start with the first one that examines an out of shape lineman coming to a trainer looking for a quick fix to his weight gain. Evidently his weight jumped from 330 to 400. Here is what Travelle Gaines the trainer, said:

You just know what’s going to happen to guys like that. They have to lose weight fast, so they’re going to do something drastic and dangerous, maybe even something illegal.

The next one speaks of the coming hammypocolypse. Brett Fischer of Fischer Sports says:

I think you’re going to see more hamstring injuries and muscle tears than you have ever seen before. Even for the guys who have been working out with us, we’re doing the best we can to get them ready, but you can’t hit and you can’t even replicate that speed and tempo. We’ve had guys working in cleats a lot just to get used to running again, but that’s really the best you can do.

This one made me laugh. Fisher is saying his company can’t get the players into shape like they need to be for the season even though a portion of his website is devoted to extolling how they can, “… take(s) players to a new level and maximizes their performance during the season.”

The article does go on to discuss the NFL’s concerns. Roger Godell, the commissioner, is quoted as saying:

I do believe that the uncertainty is something that we have to consider as it relates to getting players ready to play obviously, one, from an injury standpoint and, two, from making the proper evaluations.

Will the injury rate rise? I don’t know, but if it does rise I don’t think it’ll be as drastic as people claim. Professional football is too much of a business today to consider shortcuts in preparation for a season.