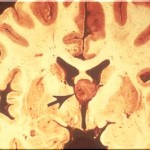 Wow, talk about a mouthful in the title. Not many news reports have come out about Dexter Manley and his recent brain surgery. I guess once you leave the shiny light of the NFL people forget.

For those who don’t remember, Dexter Manley was one of the most feared sack men in the NFL. His career came to a crushing end when he failed four drug tests and was then was jailed for cocaine possession. Many say that Dexter Manley would have been a hall of fame player had he kicked the drugs.

When Dexter left the league he went public with the fact that he was illiterate. Imagine not being able to read and still having the career he did. Amazing.

Once out of prison, Manley fell out of public view, but in mid-June he was found by police in Washington, DC in a confused state. From there he received medical tests and a colloid cyst was found in his brain. The cyst was causing hydrocephalus, which leads to increased pressure in the brain. This causes many things, but a confusion and loss of self are indicated.

So, what is a colloid cyst? A colloid cyst is a non-malignant tumor in your brain. It grows slowly, and over time it will accumulate with colloid. Colloid is particulate matter that has no living cells.

If a colloid cyst isn’t malignant, there should be no problem, right? Nope. The tumor continues to grow and eventually it will block the all important third ventricle in the brain. The third ventricle allows fluid to be drained from the brain. When it’s blocked the fluid will increase pressure on the brain and there you have your hydrocephalus.

What are the symptoms of a colloid cyst? Headaches will almost always present, especially when the head is moved. These are progressive headaches, which will get worse over time. Memory will decrease, behavior will change and dizziness will occur. In some cases there is chance that once the colloid cyst grows too large you will die.

How do you treat colloid cysts? The first option is brain surgery to remove the cyst. There are two methods of brain surgery. The first is a craniotomy where the skull is opened, the brain exposed and the cyst removed. The second is endoscopy where a small incision is made and a tube with the surgical tools are inserted. This is a endoscopy procedure for the brain in action.

If the patient cannot undergo surgery a shunt can be used to drain the colloid cyst. This isn’t the best option, as the cyst will regrow.

What is the recovery time for treating colloid cysts with hydrocephalus? Typically the period of recovery is fairly quick. The patient may suffer some memory loss and may lose some motor skills.